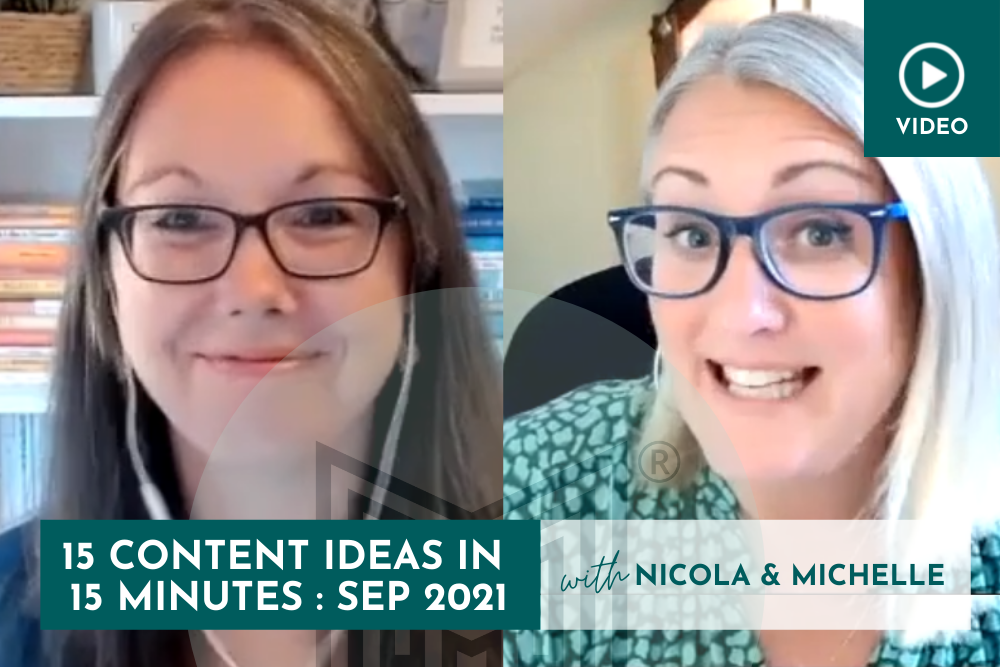 Nic and Michelle Rose have been running a series of recordings featuring content for your social media and online campaigns each month.

Take a look for yourself and get inspired.