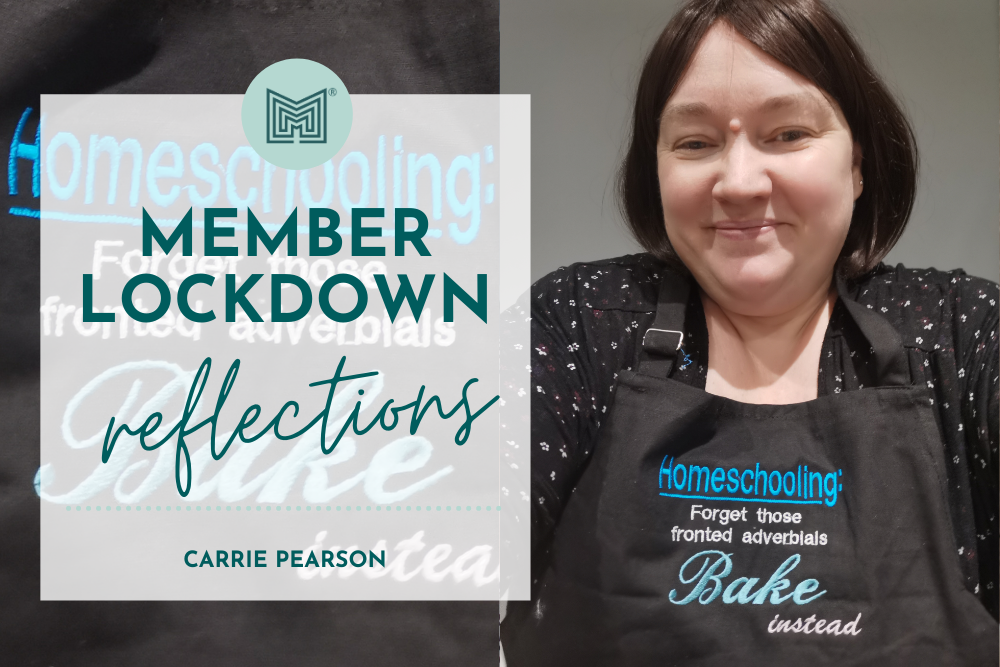 So looking back on the last year, there have been a lot of ups and downs, trying to juggle our own fears and emotions, while trying to be a functioning adult and look after our kids.

Struggling with the idea of them being out of school, back in school, school working from home while isolating, back in again but with the threat of coming back out. Also, the very real dilemma of ‘Do we have enough toilet paper?’ of making hundreds of facemasks, sewing NHS uniform bags, baking banana bread, all whilst trying to run our business with 3 other people vying for attention.

I think generally the first lockdown, it was all ok. We don’t have family nearby, and I was quite enjoying the lack of pressure of having to be places and see people. I was able to access some amazing training through Mint and the positivity and support from Nicola and the Mint members was amazing. Things were plodding along nicely. We came out of restriction and went back in, but the sun was shining!

As the winter drew in, it got harder but the cold and dark always makes things seem a little less appealing.

I was gearing up for my two boys, aged 9 and 13, to go back to school after Christmas and the announcement was made that they would not be going back. Now, I expected the start of term to be delayed, but when it was said they would “look at returning after February half term” I just could not believe it! It felt like I’d been punched in the stomach. It was a hard thing to hear, especially as there was less than 24 hours notice!

The schools this time were ready with work and online learning, this should be doable – they would work and we would work! How WRONG was I? The boys should have been working through their work-set no problem, while I worked away happily, but no, apparently that was absolutely NOT going to happen.

I realised that all these years my kid’s teachers had lied to me, they were NOT a pleasure to teach at all!!!!

My youngest decided he couldn’t work without me being next to him. While my eldest, who had live lessons, sat logged in, swinging on his chair with his headphones around his neck.

It’s easy for some to say, “Well all the work is set, you don’t have to teach them anything”.

This is a massively simplistic view. Being taught is not reading a PowerPoint slide, there are all kinds of backgrounds and explanations that can not be taught via a comprehension assignment. And there’s the fact that education and curriculum have changed dramatically since I was at school. We didn’t have fronted adverbials or do long multiplication the same way.

I felt like I was on my own, half of my youngest child’s classmates were in school, as their parents couldn’t work from home, so we weren’t all in the same boat. I was gaining another role and losing another bit of Carrie.

So I took to social media to announce how absolutely ridiculous my kids were being. I had seen the barrage of posts with the underlying tones of, ‘you’re a parent it’s your job’ and ‘think yourself lucky,’ so I wasn’t ready for the positive support I received. From then on all the messages I received started with the words, ‘I love your homeschooling updates, they are keeping me going,’ which made me realise I wasn’t the only one struggling with learning at home.

I’ll give you an insight from my posts

It was going so well, independent learning, working well on their own, understanding Google classrooms, we are on week 4 and we have got this…

Apparently, when those words are uttered, all ability to think, read, write, understand, concentrate, eat, breathe, drink, or whatever go right out of the window.

Ten minutes later the Zoom call was interrupted by a child, in tears and everything! “I don’t understand, I can’t do it” And we are back to day 1!

I could actually cry right now! 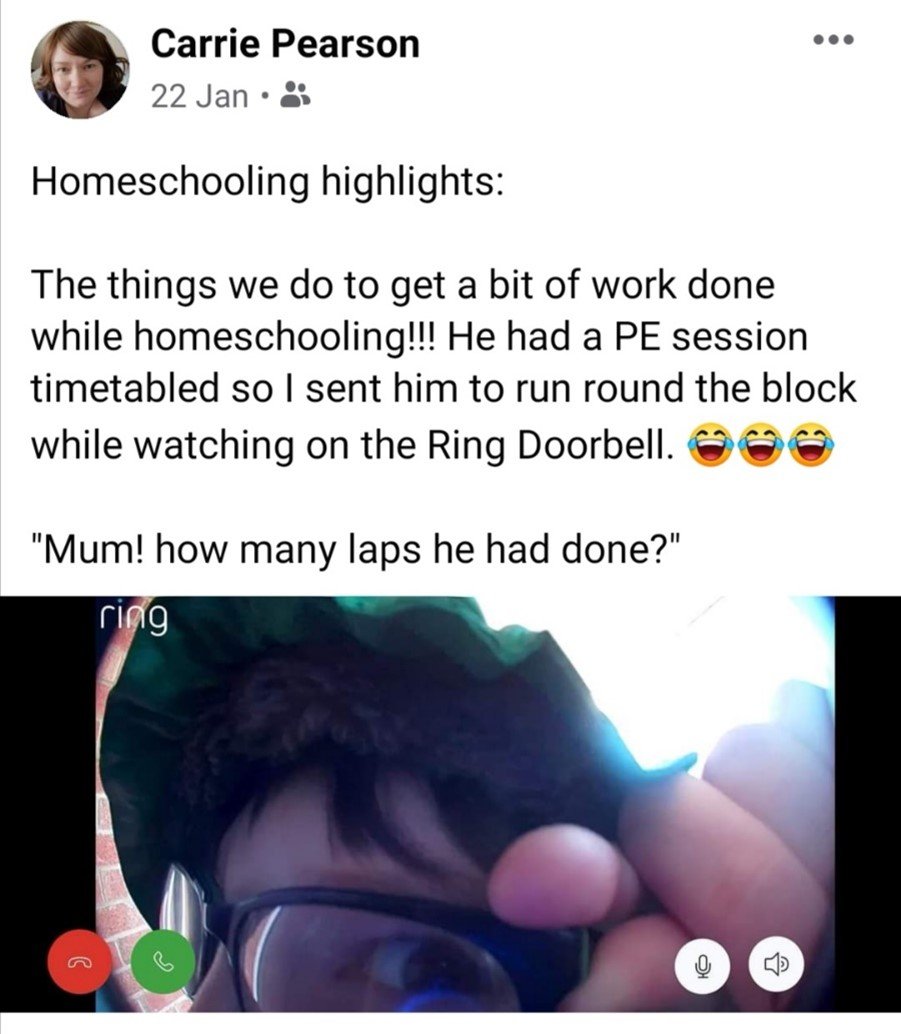 “Today independent learning consists of being told constantly that he is independently learning, whilst asking many many, irrelevant questions.”

“Independent learning also means not reading the text given or watching the videos needed, guessing the answers, then handing them in or ticking them off his list.
This method is mainly so he finishes today’s school day at 11 am and can watch shite on YouTube for the rest of the day while helping himself to 42 bags of crisps!”

Getting the feedback from all the homeschooling parents was a great help to me and when it was announced that schools were reopening, I was relieved, with a touch of anxiety for their readjustment.

I also had a view that the minute they walked out of the door I could get straight back to work and have ‘normal’ working days. But this has yet to happen, I feel like I am trying to get over trauma and exhaustion, but also feel absolutely ridiculous for feeling that way too.

The thing this has taught me is this; teachers are absolute miracle workers and the six week holidays aren’t so bad after all!

AND with a bit of support, you can get through anything, even a pandemic!