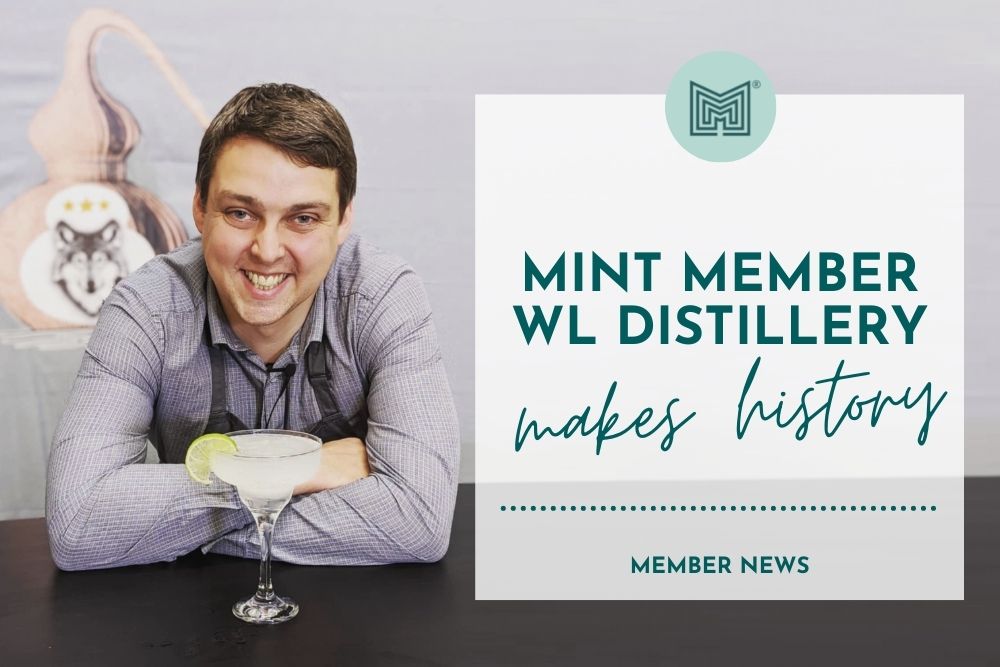 Hand sanitiser, produced by an award-winning County Durham based distillery, which switched production from gin to hand sanitiser at the height of the pandemic, has been acquired by the Science Museum Group for its COVID-19 Collecting Project.

The hand sanitiser will join other historic items in the collection to provide insights into the medical and scientific advancements of the last two years.

WL Distillery’s innovative hand sanitiser has been selected by the world-famous alliance of science museums to join their Collecting Project and help tell the story of the outbreak for future generations to come. WL Distillery was one of the first independent distilleries to switch production which saw their sanitiser distributed to organisations across the North East including foodbanks, Grace House, Sunderland Samaritans, schools and NHS staff.

Scott Wilson-Laing, Founder and Managing Director at WL Distillery said: “It’s such a great feeling that a national institution as esteemed as the Science Museum Group would want to archive the equipment and sanitiser products from WL Distillery. I’m glad we were able to support a number of local charities and individuals who were in need of sanitiser at the height of the lockdown and that we made the decision to temporarily halt product.

With my history background I know how important it is to keep artifacts for the future, and as I reflect on the experience of visiting the Science Museum recently to record the interview, it’s really humbling to think that years down the line when Covid is being discussed and studied that future generations will be interacting with something that I had a hand in producing.”

The Science Museum Group is the world’s leading alliance of science museums, welcoming millions of visitors each year to its five sites: the Science Museum in London; the National Railway Museum in York; the Science and Industry Museum in Manchester; the National Science and Media Museum in Bradford; and Locomotion in Shildon. The Group’s astonishingly diverse collection of 7.3 million items spans science, technology, engineering, mathematics and medicine. Standout objects include the record-breaking locomotive Flying Scotsman, Richard Arkwright’s textile machinery, Alan Turing’s Pilot ACE computer and the equipment used by John Logie Baird to transmit the first ever television pictures.

The items from WL Distillery join other objects from across the UK that form the Science Museum Group’s COVID-19 Collecting Project, including historic empty vials of the vaccines from the first worldwide mass vaccinations, signage from the Government’s daily briefings, COVID-19 testing kits, and a range of national and international artworks.

The project provides a permanent record for future generations of medical, scientific, industrial, cultural and personal responses to the outbreak and chronicling its impact on society.

Rupert Cole, Curator of Contemporary Science at the Science Museum, said: “The Science Museum Group’s COVID-19 Collecting Project not only explores the important contributions made by the medical and scientific communities during the pandemic, but also the role individuals and businesses played in supporting the fight against coronavirus. We’re delighted to have acquired WL Distillery’s hand sanitiser as it illustrates the incredible innovative thinking that took place across industries to help the public during an unprecedented time.”

Through its rapid spread, the COVID-19 pandemic created a public health crisis that impacted everyone’s lives and in the height of the pandemic sanitiser was in high demand.

The distillery was able to restart gin production in 2021 and since then has gone from strength to strength with a trio of industry awards now under their wing, including Silver at the prestigious 2021 London Spirits Competition, followed by Gold at The Gin Masters and Design Bronze at The World Gin Awards in 2021, alongside listings in Vogue and GQ magazine.

Distilled in the North East from start to finish the gin is expertly monitored and created, by hand in the distillery. Inspiration comes from their Northern roots, ensuring a fresh and classic authentic gin experience for customers.  2021 remained uncertain, however the team behind the award-winning 1st Edition Gin continued to innovate and the range grew to include a limited edition festive and Valentine range alongside Wilson’s Gin Club ‘Watermelon and Liquorice’, increasing to six flavours with further developments in the pipeline.