Zooming in on the Purpose of Yoga 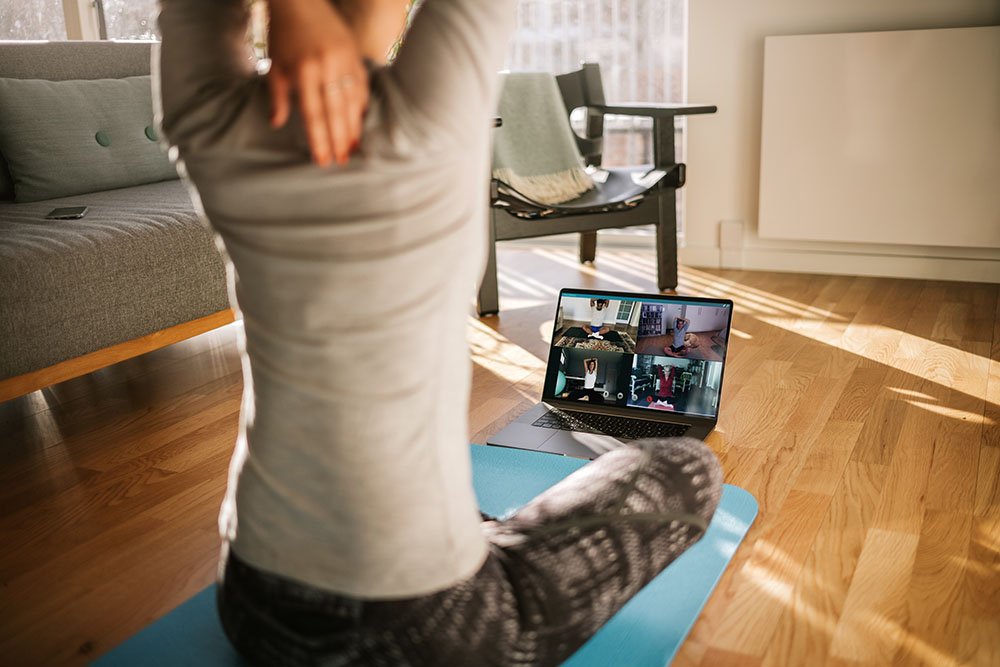 I haven’t written a blog for a couple of months now so to get started again I thought I’d reflect on what lockdown meant for me as a Yoga teacher and the difference it’s made not only to my classes but also to my understanding of what exactly it is that I do!

Lockdown came at the end of March and it was both sudden and shocking for us Yoga teachers. Literally overnight our face to face, real life classes came to an end and as I write this over three months later, they still haven’t resumed.

At first, we were all a bit stunned and there was a great deal of uncertainty about how long it would last. Was it just a short-term blip where we would miss a couple of weeks and then be back on our mats as if nothing had happened? It soon became very apparent that wasn’t going to be the case.

Once that sank in two things happened:

When I put those two things together it began to dawn on me that I was dealing with something much more than just a loss of income from not being able to teach.To be fair I still had my job in the NHS and that was taking on even greater significance as the pandemic progressed. What I had on my hands was the breakdown of a whole community of people who practiced Yoga together. That sense of community had just evolved quietly in the background over time without me planning it and without really being consciously aware of it. Now there were these small groups of people who had started out as strangers but who had come to know each other by their first names and also to know what was going on in one another’s lives – who was waiting to be a grandparent, who had lost a loved one, who was changing job, who was missing their families and who, without saying a word, just needed to feel welcome and supported. And with that I also realised that I had a responsibility to that community! I really didn’t want to lose contact with those people and I absolutely believed that Yoga could be a way of keeping in touch and supporting one another mentally and emotionally.

It was about then that I also became aware of a shift within the Yoga world. Lots of people were taking their classes into the virtual sphere and beginning to teach on-line.

Now for all I’ve worked in management for many years and I’m confident speaking in public, working with groups and doing some of the more unpleasant tasks around staff and workload management I’m not at all comfortable in front of a camera. That was a barrier that needed to be overcome if I wanted to be able to live up to those responsibilities. I decided to start small and set up a private Facebook group. It was just for people who were already coming to my classes and that complied with my insurance requirements at the time which were to only teach existing students. That little group changed everything. I was able to do live “Bitesize” sessions a couple of times a week which only lasted 15 minutes or so and focused on one aspect of a general class such as asana or breathing or relaxation. I kept them free of charge, so they were accessible to everyone especially those people who had suddenly found themselves a lot worse off financially.

The people from my classes were able to join me online and they were just amazing! They got to grips with the technology and some of them even joined Facebook for the very first time. They engaged with the practices and most importantly they stayed in touch. Time and again they commented on my videos to tell me how much they looked forward to the practices and how helpful they were for keeping them connected to the world outside of lockdown. Those sessions also became my virtual training ground. As the weeks passed, I gradually became more confident with speaking to the camera and the more I relaxed the more natural my delivery became. In Yoga terms I started to detach from my ego or to put it in more general terms I began to “get over myself”. Eventually I reached a point where I was ready to just step that little bit further out of my comfort zone.

I set up my very first Zoom class on the 16th May! I kept the time down to an hour as that seemed more realistic for an online session. I stopped stressing about the state of my living room – it was tidy but not pristine – and about how I looked and sounded. I bit the bullet and sent the information out to my existing students! And once again my community rallied round me! They signed up and supported me and after that first week I knew I had found a way forward. Now most of the people from my classes join me at least once a week and they can still see each other and be part of the group. Of course, not everyone is online, but I also send out newsletters and email and text the others where possible. Insurance rules have also relaxed a bit so providing I complete a health assessment I can begin to welcome new people again. Our community can continue to develop and grow.

So, when all of this is over will I continue with online classes? Well yes and no.

I will very definitely go back to face to face teaching because nothing replaces the sense of togetherness that comes from a real-life class. However, I may well stay online for early morning sessions and monthly workshops. I’ve certainly moved out of my comfort zone but in doing so I’ve opened up a world of opportunity and can reach out to people who may continue to find it difficult to get to a face to face class. I am so pleased I’ve been able to continue teaching but most of all I’m really grateful for finally understanding the real meaning of Yoga. As I’ve said for years the word Yoga means “to yoke or to join” but now I know that isn’t just about bringing together “mind and body” or “breath and movement”. It’s about bringing together the people who are at the heart of my classes and making sure we can continue to care for and support each other long after this pandemic is confined to the history books. And for that knowledge and understanding I am truly grateful.